Tracing a Faith All Your Own

I admire people who come from a fine Christian heritage. More than that, I have felt jealousy towards them more than once in my life. Two strong Christian parents, let’s throw in a deacon father just to solidify the idea, reared from two sets of Christian grandparents. I mean, OK, maybe with the exception of PKs (preacher’s kids), these kids always turn out to be onward Christian soldiers, right? God has a way of taking all such myths in your mind and blowing them out of the water.

My dad passed away very suddenly in 2006. Scattered across the countryside, our family frantically scrambled back to home base, a small town in Missouri. Shock set in quickly. My parents had divorced a few years prior, so the ensuing arrangements fell on the shoulders of my two brothers and me.

Dad, being a simple man, and struggling greatly through life his last few years; especially without my mom, did not have one thing planned out should he die. We set about making funeral arrangements, looking into his finances and making decisions about family property.

We could quickly see the tasks before us were more than we could handle alone. Terms I’d never even heard of; estate (I initially thought of Dallas’s “SouthFork” or the Kennedy Compound but apparently even common folk have an estate), executor (way differently than its cousin with the same spelling but different pronunciation) and probate court started educating us about the long haul we had ahead.

Eventually, our search for help took us to the law office of “Guy* from Youth Group.” Guy was one of those kids I mentioned in the first paragraph. He came from a fine Christian home, pretty sure his dad had been or was still a deacon, and he lived a Christian lifestyle with a loving wife and a houseful of kids who all attended the First Baptist Church in town. The same church we attended when I was in High School.

My brothers and their wives knew Guy. We all knew his family. His reputation preceded him. We counted our blessings that God had brought Guy into our situation. My husband is not from my little hometown. I met him later in life. And from the moment we first talked with Guy, he had a negative feeling about the guy. Just didn’t know if he was trustworthy. But we plunged ahead, going on Guy’s willingness and what we knew of him as a youth.

The whole story as it unfolded would make a great book in its own right someday. Maybe even a major motion picture (I have some suggestions on who should play my character). Suffice it here to say Guy represented my family in court the better part of a year. We trusted him, had numerous conversations and faxed signed paperwork across the country week in and week out. Then, it all stopped rather eerily. Our phone calls went unanswered. Office visits from my brother were met by a nervous secretary announcing that her boss was out of the office... again. 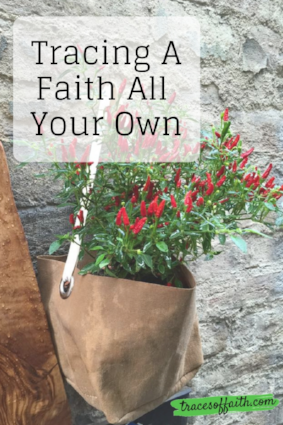 And one day a front page newspaper article shed a little light on our situation. Our friend, our lawyer, Guy, was being charged with theft. He’d stolen money from the accounts of some of his clients. The news went from bad to worse. Apparently, he’d “borrowed” this money so he could support a number of bad habits he’d formed along the way.

At first, we appeared to be safe. Surely the authorities would know by now if any of our finances had been affected. It took only a week or so to find out the truth in that regard. He’d stolen from us too. Not money that was ours anyway, because we ended up having to use Dad’s assets to pay off his own poor financial choices, but money that was temporarily in accounts until we figured out what and who we needed to settle with regarding Dad’s estate.

Long story short, Guy was convicted, disbarred and served time in prison. This good Christian man, from an upstanding family in the church and community, fell hard. Our grieving family fell with him. I don’t write this to pass judgment on what my friend from High School did. He paid back the money he’d stolen but cannot repay the anguish and disappointment. I write this to make a most valid point. In God’s eyes, it’s not so much your background that is important as your integrity in daily living right now. Not one of us is born a Christian. God honors our own obedience as it stands on its own. Having Christian parents didn’t save Guy from having to walk a very hard road. We don’t see Guy anymore, but being from a small community, I know how his story played out to a certain degree. He served his time, had to find a new career, lost his wife, spent years away from his kids and started virtually everything in his life over relying on God’s mercy in a way many of us will never have to.

My dad didn’t go to church with my family, some of my Bible study gals struggle to find an authentic faith after watching their moms follow a bunch of rules and Guy’s parents seemingly did everything right and watched their son fall into a pit of sin. Let’s learn from the parent/child relationship but stop making excuses about it. Where are you with God today?

* For privacy reasons, this is not his real name.