I enjoy being used by God. Often times, I wonder if I don’t receive the bigger blessing being able to help an individual in need. The encouraging card you later find out arrived at just the right moment. The girls’ night out that became the highlight of her week for a friend. The meal you deliver to a grieving or hurting friend.

But the day I got a Facebook message from a friend asking for a favor, my first response was God most certainly had called on the wrong person this time. A friend of mine asked me if I would go to a court date with her. I don’t know this girl very well but I always enjoy her company. I know much of her story from what she has shared in a group we both attend. Someone had hurt members of her family and his sentencing was to be handed down the following week. I knew of the pending court date and had been lifting her up in prayer. But sometimes God moves us past prayer into action. My friend planned to be there for the sentencing and, for various reasons, she had been unable to find anyone to go with her. For her, the thought of going alone seemed too much.

She asked me to go because she admired my faith. I appeared to be a strong Christian to her. And she knew the best way to get through a very hard day was to surround yourself with God’s faithful.

Well, that is true, of course. I was touched by her request and agreed to go. But the whole idea freaked me out. I had never stepped foot into a court of law. I didn’t know the person who would receive sentencing that day but what if he attempted to do something? I took a self defense class about eight years ago. Is it like CPR classes and, as they say, it just kicks in automatically when needed? Nevertheless, my answer to her, to God, was of course, yes. 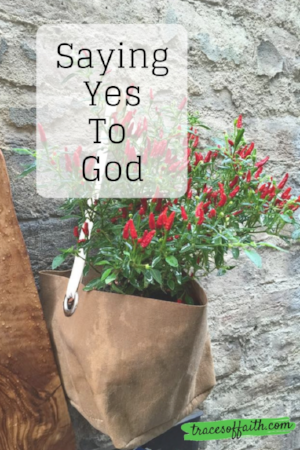 But what had I gotten myself into?

We met the morning of the court date and as we got into my car, another friend of ours pulled up beside us. She had the morning free, knew of the court appearance and said the Lord had led her to join us just to pray in the courtroom. Isn’t God good?! He never leaves us alone.

Upon arriving at the courthouse, we met with my friend’s court-appointed defender. She told us what to expect and what would be expected from us. With every passing minute, I felt the pressure of the situation. I prayed God’s peace would fall over my friend. I had no advice but I could pray. And I did.

We walked into the courtroom and my friend said hello to an older gentleman right before we sat down. Turns out he was an elder from her church who came to show his support as well. As a sidenote, thank you deacons and elders, who do so many things privately that your congregation knows nothing about but God does!

After about a half hour the men receiving sentencing that day were ushered in, all four of them. One by one they appeared before the judge, with their lawyer beside them. Often, they didn’t speak at all. The judge and lawyer exchanged a few words and within minutes, a final ruling was issued.

We heard the sentencing against the man who had harmed my friend’s family and then exited the courtroom. After another short meeting with her defender, we left the building. And promptly went to a coffee shop. Dropping her off right away and entering into my real world immediately didn’t seem right at all.

Looking back, I am thankful God called on me to help a friend that day. I have no idea if I helped much, but I am most thankful she didn’t have to go through the court date alone. We never know what God will ask of us. This request sure took me out of my comfort zone.

But when God asks, I always want my answer to be YES!

There are people in your life too who are going through some terrible things. We live in a fallen world. Be sensitive to where God might put you to work. You might trace your path of faith into some pretty rocky situations. If that’s the case, pray and proceed with confidence. And never leave your friend to go through it all alone.