Confessions of a Prodigal Son - A Movie Review

I received a copy of the DVD "Confessions of a Prodigal Son" from Family Christian Stores for the purpose of generating a review. This movie just came out this week! Italicized quotes are either Scripture or from the movie. The opinions expressed here are my own. 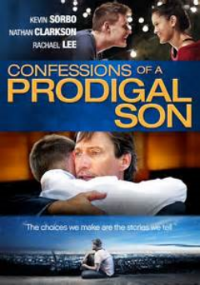 The Parable of the Prodigal Son is perhaps one of Jesus’ most well-known parables. Right up there with the Good Samaritan. Some of His teachings known even beyond Christian circles.

I often think, though, what we don’t realize, is the cost involved in these stories. The pain endured. The humiliation suffered. If these had been real people....

Of course, these stories are lived out for real in all of our lives at some time or other. Which was absolutely the point Jesus set out to make.

When asked to review the DVD, Confessions of a Prodigal Son, my first thought was

I already know this story inside and out.

However, this was Sean’s story. His friend Cameron. The attractive girl who catches Sean’s attention, Ali. Sean’s parents, who go for two years without hearing from their son.

Sit in that for a moment. And the next time you read the story of the Prodigal Son (found in Luke 15:11-32), I’d encourage you to sit and reflect on that one too.

Sean grows up a PK (preacher’s kid). As he starts considering college options, he tells his parents in no uncertain terms that he wants to go out on his own. He wants the freedom he feels has always alluded him because of the high expectations put on him by his family and the church.

His parents give him half of his college savings and he does set out on his own. Finds new friends. Makes his own choices. We hear him rant time and again about how he wants to write his own story. He doesn’t want to answer to anyone. He’ll do it himself!

It’s all very hard to watch. Some of it reminded me of my younger years. At other times, I could see the future of my own CK (church kid). Also an Allie. 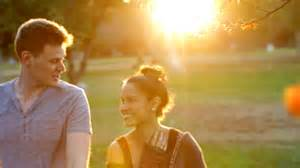 Predictably, it all falls apart. One too many bad choices. Too much “me me me” never bodes well.

At rock bottom, Sean makes the difficult choice to return home. Viewers watch a compelling sermon from his father, who openly admits on that particular Sunday, he just misses his son.

My favorite part of the parable of the prodigal son is found in this verse:

So he got up and went to his father. But while he was still a long way off, his father saw him and was filled with compassion for him; he ran to his son, threw his arms around him and kissed him. (Luke 15:20)

In this movie, we see it happen right before our eyes. Right after the father’s sermon. No excuses. No questions asked. Just an outpouring of great love for the son who’s come home.

“To rise from the ashes involves destroying a part of who you were. The beauty is revealed when we see who we can become.”

He parts ways with Cameron, who just isn’t ready for that kind of life change. He sets out to see about repairing the damage with his romantic interest, Ali. He explains to her all that’s happened. Here’s her response:

This movie offers a good, modern-day retelling of the parable. An excellent living-out to show our youth. Also, what a reminder to us. Again, in the words of Sean,

I’ve heard it said every saint has a past; every sinner has a future.