It trended on Twitter. I saw it on my newsfeed probably a dozen times on Facebook. The black ink on the printing press had barely been applied to the newspapers and magazines by the time the whole world knew...

Princess Kate had her baby! Our entire world shared in the excitement. Baby Charlotte carried on the name Diana. We all wept. The royal family posed for a picture perfect portrait like ten minutes after Kate gave birth. We all said, “Whaaaa?” 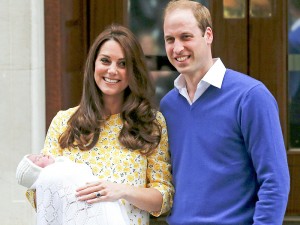 I grew up thinking I wanted to be a princess. While Aurora and Cinderella didn’t exactly make it look easy, in the end they got their prince and that made everything totally worth it.

But I’ve had a few doses of reality over the years. I now realize that, as a friend of mine told me once, "The grass may look greener on the other side, but you still have to mow it.”

I received a copy of Isabella: Braveheart of France, written by Colin Falconer from NetGalley for the purpose of generating a review. This book released in April 2015. Italicized quotes from this point on are from the book. The opinions expressed here are my own. 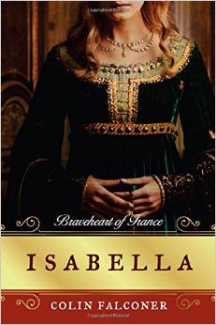 I read Isabella with this notion in mind. Betrothed at eight, then at the ripe old age of twelve, a princess of France marries the King of England. Because that’s how things were done in the 1300’s. Her father’s parting words to her offered this advice:

King Philippe: You will love this man. Do you understand? You will love him, serve him, and obey him in all things. This is your duty to me and to France. Am I clear?

Even though it was very clear King Edward was incapable of fully loving her back. When his interest lied elsewhere.

Queen Isabella: "A woman might have private longings, but if she is royal, she cannot indulge them, no matter how she burns for more."

All the times she questioned his actions as King. Indeed, harboring private thoughts that perhaps, even though royal blood ran through his veins, he was not cut out to be king at all.

King Edward: "I sometimes think it would be better as a foundling than a prince," he says. “Let me have a day working in the field, some mead at night, and a few prayers. I think it should not be such a bad life."

Yet, in spite of these grievances, Isabella shows herself to be a survivor.

Queen Isabella: “I am a queen. I want my place at the council and at the king’s side, and if he will not give it to me, I will force his hand. He will see that I am no coward.”

If you’re a historical fiction fan, like me, you’ll appreciate this book. Author Colin Falconer does an excellent job of making you feel like he’s right there living in the era and journaling back to you.

Also, if you’ve convinced yourself that Princess Kate really did feel like a million dollars ten minutes after giving birth. If you somehow think a princess has it SO easy, you need to read this book.