Meet Traci Email Me Saturday-7 Things The Mic Shop Privacy
How do you know if you're doing it right?
The Classics - Books I'm Always Recommending

Do you remember Thomas? The doubting one? He wasn’t there when Jesus first appeared to the disciples but they told him all about it later. Here’s his response:

Unless I see the nail marks in his hands and put my finger where the nails were, and put my hand into his side, I will not believe. (Jn. 20:25)

Thomas came around, you know. Jesus saw to that. A week later, Jesus came to him, along with the other disciples. He told Thomas,

I don’t think Thomas’s reaction rattled Jesus. He can handle our doubts. But He went on to say, 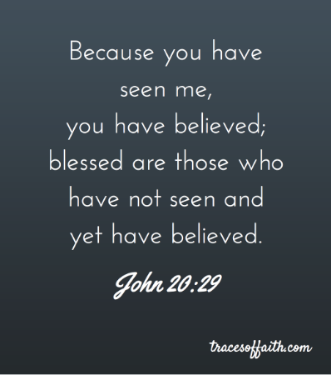 For a believer, we find life more abundant when our faith moves past seeing into the realm of things hoped for. However, like Thomas, we’ve all felt like we might believe more easily if Jesus showed us physical evidence of His existence. 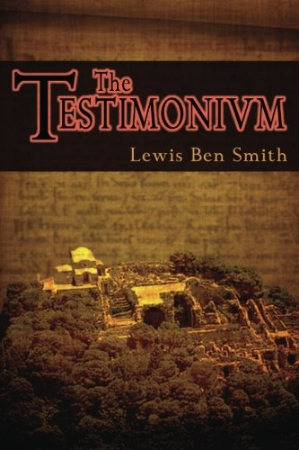 I received a copy of The Testimonium, written by Lewis Ben Smith, from eLectio Publishing for the purpose of generating a review. From this point on, italicized quotes are from the book. The opinions expressed here are my own.

In Lewis Smith’s debut novel, “The Testimonium,” believers have the opportunity so many of us have longed for over the centuries. Cold, hard evidence supporting Scripture.

The story takes place on the Italian island of Capri. An earthquake strikes the small town and Dr. Giuseppe Rossini sets out to assess any damage done to its #1 tourist site, the ruins of Villa Jovis, home to Rome’s second emperor Tiberius...

The second emperor of Rome, the adopted son and heir of Augustus Caesar himself, and had ruled during the life and times of Jesus of Nazareth and his apostles.

If Dr. Rossini’s initial examination proves correct, the earthquake has uncovered a secret chamber under the stairs where it's sat sealed off for nearly two thousand years!

At this point in the book, I started making new friends. A team of archeologists were called in to uncover the secrets found in the chamber. Smith’s characters seemed like real-life brothers and sisters of the faith. I admired Josh Parker, the evangelical American who had given great thought to every aspect of his faith. Simone Apriceno, who showed excellent focus and work ethic. Father Duncan McDonald, the Scottish priest who knew why he believed what he did but was still willing to have meaningful conversation with a Protestant. Finally, Isabella Sforza, who managed the whole crew. Her attention to detail ensured that each item uncovered could prove authentic. She’d grown up Catholic but wasn’t sure what that meant to her after all her education in the sciences.

The list of items in Tiberius’ sealed writing chamber grew quite long, each item more impressive than the last. Finally, a locked box revealed a scroll, in remarkable condition, from Pontius Pilate to Tiberius. It appeared to be a report on the crucifixion and resurrection of Jesus Christ!

Those who wanted hard evidence that Matthew, Mark, Luke and John knew what they were talking about just might get their wish.

Of course, readers don’t know all of this right away. As the story unfolds, Isabella poses a question to Josh. She said,

What will you do - if this is the account of Jesus’ trial, and it contradicts the narrative your entire faith is based on?

Later on in the book, Josh explains why his faith doesn't fear contradictions:

Christianity does not need vindication. In the end, faith is not something that can be logically proved or disproved. It is a decision of the heart.

Christians weren’t the only ones interested in the effect this papyrus scroll of Pilate’s would have on their belief system. Enter atheists, agnostics and Muslims. They're very much a part of this story too.

The words found on the scroll are presented to readers throughout the book. The author gives us a taste of the struggle Pilate went through in handing Jesus over to be crucified. Very thought-provoking.

I thoroughly enjoyed this book. It offered action, romance, suspense, lessons in history and archeology. Its unpredictability will leave you shaking your head as you read the final chapter.

As for the characters in the book, my newfound friends, uncovering written testimony supporting Scripture may have deepened their faith but it didn’t change their destiny.