It was his first Arch Madness tournament. A tall, stout man, he looked every bit like a basketball coach. Towards the end of a game his team would not win, one of his players fouled out. As the student athlete approached the team's bench, Coach Greg McDermott stopped his player, put his hands on both shoulders, leaned in and spoke quiet words meant just for him. It was a stolen moment in front of about twelve thousand rowdy fans. I whispered in the ear of my coworker, "He's a special coach." That was 2001. McDermott has gone on to have an impressive coaching career, highlighted by the years he got to coach his own son, who now plays in the NBA. 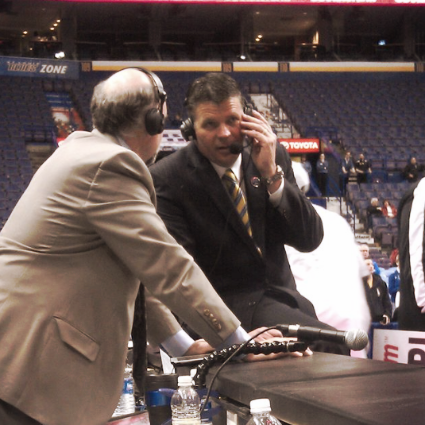 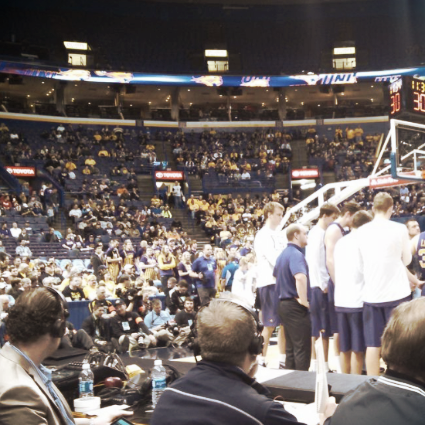 I've had the distinct privilege of being a part of the Missouri Valley Conference Men's Basketball Tournament in St. Louis. I've attended this weekend event as a fan, an employee and a volunteer. The moment I just shared with you is one of hundreds I've encountered and treasure. The years I get to attend, I spend time with some of my favorite people on the planet; Jack, Doug, Bill, Helen, Max. I don't just go to do a job. I look forward to the reunion. It's a special gig, I tell you. 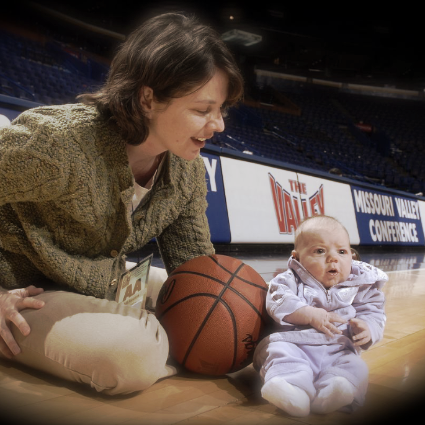 I spent a little time reflecting on my years at Arch Madness. All of the coaches I've seen come and go and come back. I realize they've taught me a lot, not just about the game of basketball but about life.

#1. You're a big name basketball coach second; a human being first.

There's a particular coach in the Valley and you can't help but love him. Coach Barry Hinson with the Southern Illinois Salukis (that's a certain dog breed - Google it). He's a Southern gentlemen, complete with an accent and a love of good barbecue. He won MVC Coach of the Year for the 2015-16 season. When the emcee introduced him as the winner, Mitch tossed the prepared script aside and spoke about Barry from the heart. Because that's what you do when you talk about Barry. Then, in Barry's acceptance speech, he talked about how much he loves the league and how thankful he is to be there. How he might hate the other coaches when he's playing against them, but really he loves them like family.

#2. You can tell a lot about a person's character in the interview room.

I'm a Missouri State alumni and I still find myself rooting for them even though I remain neutral to do my job. They have a coach who's just starting out, Paul Lusk. This year they had a young team coupled with a few injuries but still managed to win their first game in the tournament. I slipped away to the media interview room so I could see Paul's reaction. I don't always get a chance to see the coach and player interviews but when I do, they are fascinating. Coach Lusk didn't take much credit for the win. He talked about how proud he was of his players for playing hard the whole forty minutes. They showed up. When a player started describing a big stop that came after a slam dunk, shifting the game's momentum, Coach quickly interjected, "Yes, but there were a lot of stops we didn't get." Teamwork. Hard work ethic. I saw both in his interview.

#3. Losing goes down a lot easier if you were humble in the first place.

University of Evansville Coach Marty Simmons has led the Purple Aces since 2007. I like him. Always have. He's gracious and talks respectfully to all of the staff and volunteers. Even the little guys. Believe me, we notice. His team played in the Championship game this year as the #2 seed. They lost a heartbreaker when a last second lob rimmed the basket before falling in at the buzzer. But you know what? Marty will be OK. He's a decent guy who'll go back to Evansville and start preparing for next season. The coaches probably met to go over their recruiting list at 7:30 this morning. You'll get 'em next time, Marty.

#4. No matter how good your raising, you still might cuss a little.

I'll refrain from identifying the coaches by name for this one. I can tell you that I've seen the meanest and the sweetest use profanity. I worked for a coach at another university a few years back. Everyone likes this guy. But I'd never let my daughter sit in the front row behind his bench during a game. She doesn't need to be subjected to all that vulgarity. A competitive drive can bring out the interesting in a person, I tell you.

#5. Sometimes you have to yell your head off and stomp your feet to get any attention.

The Valley had a coach for a number of years by the name of Bruce Weber. He's since moved on and I still miss him. By the time he'd reach tournament play, he wouldn't have any voice left at all. He'd yell anyway. As for the stomping, that award goes to just about every coach I've ever met. But believe me, it does grab attention. Sometimes from the players. The referees. Administration. The fans. Attention.

#6. The best players listen to their coaches.

Of all the lessons I've picked up along the way at these tournaments, this is the one I really take to heart. As a fan, you see a ton of player reactions. The eye rolls of disrespect. The slumped shoulders of defeat. The arms uplifted encouraging fans to make some noise. The chest pumps of success. The mouthed "my bad" when a player acknowledges he's made a mistake. But my favorite reaction is when a young man looks his coach in the eye while he's talking to him, nods his head, and takes in the advice of his leader. I'm convinced the best place we can learn how to shut up and do as we're told is on the playing field.

When you're around one Conference long enough, you'll have your favorites. I have several. Take Coach Ben Jacobson from the University of Northern Iowa for instance. Last year, I was talking with another staff member about Coach Jacobson and how he always seems genuinely nice, never too full of himself. Just then, Ben came walking through the tunnel. He got a big smile on his face and leaned into our conversation. Busted. I'm not a UNI fan necessarily, but Coach Jacobson and his team won the tournament this year, giving them an automatic entry into the NCAA Tournament in a few weeks. On their gameday, I'll scrounge up some purple and cheer on the Panthers here in Michigan. He's a classy coach and I'm happy to show my support.

Again, no names here but you learn who the really good coaches are after watching so many games. You know the ones who can find a way to win even when they might not have the most talented team in a particular year. They are capable of preparing a team to play better together than they could as individuals. In fact, they teach us that playing as a team lends itself to success in the win column and in life.

#9. The most successful coaches believe in themselves first.

Fan favor comes and goes. I've seen coaches return to the Valley after having remarkable careers as a player. They were revered by thousands. But as a coach, make a wrong play call or get one too many losses, people will turn on you. Coaching a Division I basketball team isn't for the faint of heart. You'd better believe in yourself. Big time.

Coaches don't get where they are by luck. Along with their staff, they're some of the hardest working people I know. I lived in this world for five years and I remember all the long hours. The nights and weekends. Always being on call. Those few glorious moments when you find yourself on top of the world... the first time your team advances to March Madness; the games where you upset the big boys like North Carolina or Michigan State; winning your Conference tournament. When these victories happen, the coaches have every right to celebrate. Eventually, hard work pays off.