Meet Traci Email Me Saturday-7 Things The Mic Shop Privacy
Memories Of My Emerging Faith
You Are Here Stories: The Church Who Never Locked Her Doors

42 Random Facts About Me On My 42nd Birthday 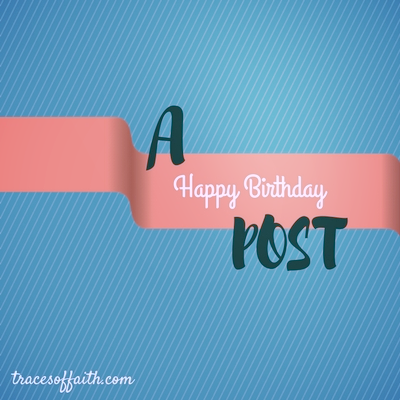 I once told my dad I had no intention of living on our family land in the country. It’s the one thing I said to him I’d like to take back.

My first published piece was a story I entered in a contest in the fifth grade. It told of a little girl who died and, upon entering heaven, wanted to go back to earth and tell her friends and family about all the amazing things she’d seen there.

I flew in an airplane for the first time at the age of sixteen, when my aunt invited me to join her family on a Caribbean cruise.

Before moving to Michigan, I’d visited the state one time on a business trip. I stayed at a hotel in a suburb of Detroit and drove each day to a nearby mall where I helped with a publicity event.

I’ve attended one Final Four championship game and our seats were about four rows in front of Detroit Pistons players.

Some of the best dates I’ve had with my husband are visiting bookstores.

If I get a few hours out by myself, I’m going to end up at a bookstore, the library or a coffee shop.

When I first learned to drive, I didn’t know where anything was in our small town. I’d been reading in the back seat since seven years old and had never paid a bit of attention.

I had the privilege of attending a Billy Graham Crusade event when I lived in St. Louis.

My favorite activities with my daughter include baking, doing puzzles, watching musicals and waking our properties with an array of pets.

During the first few months of my pregnancy, we were convinced our daughter, Alaria, was going to be a boy. Her name would have been Camp.

Every special event or trip in my life is best remembered by the food I ate there. Little smokies on cellophane-wrapped toothpicks at a fiftieth wedding anniversary (circa age 9) where I also had my first sip of champagne. Carafes of a house red on the small tables in Rome each night for dinner (circa age 26). The chocolate-covered strawberries at my wedding, alongside the keg of beer we bought off my cousin who runs the family bar (age 28). We barely put a dent in the keg.

In my mid-20’s, I let my heart get broken and spent ten days in Italy by myself to find healing. It worked.

My husband and I met at a karaoke establishment (I swore I’d never meet my future spouse in a bar).

I sang “Goodbye Earl” with friends that evening.

A few more of my favorite country songs: Chicken Fried, The House That Built Me, Wagon Wheel, He stopped Loving Her Today and All My Exes Live In Texas.

I had my first boyfriend as a freshman. He called my house to talk to me once and my dad told him I’d moved to Washington. The boy believed him but didn’t know if it was Washington Street in town or Washington state out west. Neither was true.

If I could live anywhere in the United States, it would be a short distance from Nashville, Tennessee. Ideal weather, small town, four seasons, driving distance to the Grand Ole Opry.

If I could live anywhere in the world, it would be Madrid, Spain. I couldn’t tell you why exactly, but my heart knows it to be true.

One of my favorite weekend activities is to crank up some country music from the 90’s, the stuff I know by heart. Then, playing cards with good friends while singing along.

Some of my favorite country songs from the 90’s: Love, Me, Take a Leap of Faith, Imagine That, Fishin in the Dark and Paint Me A Birmingham.

My husband will grill or smoke any kind of meat in any kind of weather (one of the many things I love about him). Hands down, pulled pork is his specialty. Filet Mignon comes in a close second.

I grew up wanting to be a teacher. My freshman year of college, hen I saw my schedule completed with mainly education classes until the day I graduated, I felt stifled and changed my major.

I’ve been to seven Major League ballparks to watch a game. When I grow up, I want to be an usher at the ballpark. Doesn’t much matter which one.

Small talk doesn’t come easily to me, but if you want to talk theology or books, we can go on for hours.

In my 20’s, my mom and I used to travel together to random places. Nashville, TN, Salt Lake City, UT and Cape Girardeau, MO were a few highlights.

If I could travel back in time to see anything, it would be the original temple built under King Solomon in Jerusalem.

My best friend in second grade was Karen. The movie Annie had come out that year and we always looked at one another’s Annie loot (books, dolls, bookmarks, keychains).

I got my ears pierced at 15. My great aunt found out my dad wouldn’t let me do it and right away took me to the local mall, where she signed for them as my legal guardian.

On a whim, I cut my hair on my own at about three years old. I walked out of the sewing room quite proud of myself. My dad took one look at my hair, walked out to his truck and drove away. He did come back later that evening.

Pets came and went at our house on a regular basis. The pet we had the longest was a dog named Dog.

On occasion, we’ll pull out my daughter’s karaoke machine and I tend to hog it. My husband thinks my voice sounds best when I do a Willie Nelson song.

Those who know me all realize I’m a sore loser when it comes to playing games. I’m normally pretty laid back but there’s something about a hard loss. We played “Outburst” at a family gathering once and my reaction to losing was so memorable, I’ve inherited the nickname “Outburst” from my brothers.

We once sat in a traffic jam for nine hours on our way to Toronto. It’s the one we always reference when we hit a bit of a traffic while traveling.

I know every word to “Parents Just Don’t Understand.” Still.

My favorite restaurant, Salt of the Earth, is a small place in a small town near Lake Michigan. They grow much of their own food and get most of the rest from local farmers and businesses. The essence of this place captures everything I value in life.

Growing up, I wasn’t a huge fan of birthday cake. My dessert choice for my birthday alternated between cherry cheesecake and chocolate-layered dessert.

One of my first, and most memorable, dates with my husband was a picnic in St. Louis’s Forest Park. We could walk there from my apartment. First, we went to the local grocery store, picking out cheese, meats and crackers. He had packed a blanket and a book called “How Far Will You Go? Questions to Test Your Limits.” We spent the afternoon munching on our lunch and getting to know one another through the questions in this book. It was like a scene from a romantic movie.

Hands down, I’d rather grow something I could eat rather than something I can enjoy looking at. However, when my okra or lima beans sprout flowers, all the better!