Meet Traci Email Me Saturday-7 Things The Mic Shop Privacy
Her View From Home: 50 Ways to Recharge Your Weary Soul
The View Out My Window - A Poem

When The Church Got A Divorce 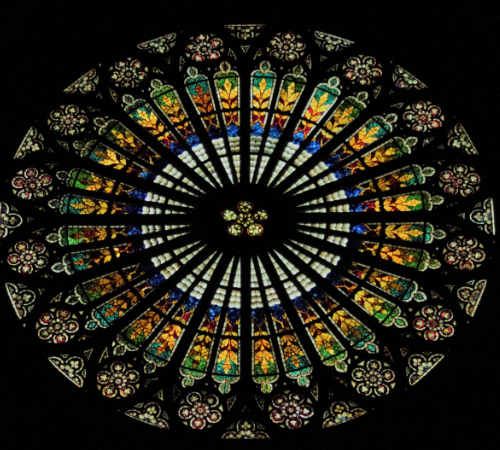 When I received the email, I knew it came from an honest place. My friend had grown up in the church, but it was only in recent years that her head knowledge reached deep down into her heart. She wanted to be obedient to God. Years ago, she’d gone through a divorce. I don’t know if she would call herself a Christian back then or not, but her devotion was certainly in a different place now. In her studying, she’d come across Matthew 19. In particular, she wrote to ask me about these verses:

Jesus replied, “Moses permitted you to divorce your wives because your hearts were hard. But it was not this way from the beginning. I tell you that anyone who divorces his wife, except for sexual immorality, and marries another woman commits adultery. (verses 8-9)”

Hang a proverbial sign up saying you’re a Christian teacher and writer, and you get some serious questions thrown your way!! I started out by telling her I am not an expert. I read the same Bible and have access to the same commentaries she did. However, I had learned a thing or two about  redemption (and divorce) in my lifetime. I pointed her to a verse that needs addressed if you’re going to discuss divorce,

We serve a loving God, and when he makes a bold proclamation saying he hates something, I pay attention. Now, I believe he also hates domestic abuse, abandonment, couples who chase after any number of idols rather than serving him together, etc. Keep reading.

In general, here’s the advice I gave her that day. I stand by my theology. God does hate divorce. In an ideal world, there wouldn’t be divorce. We don’t live in an ideal world (yet), but in a fallen one. When divorce happens, I believe God goes to work redeeming things, like he does all around us in many different circumstances. The pieces of divorce will never go back together in a perfect way, but He does redeem. If my friend had asked forgiveness for her previous divorce, was truly repentant and heartfelt about seeking to serve God now, redemption might look like a new marriage in her situation.

The church has divorced. Twice. More than that depending on how you want to label what some might call legal separations. I’m reading through Acts now and right away, it’s obvious early Christians have an awful lot to work through. Gentiles, Jews, slave, free. I wonder if the Church-at-large has ever agreed on everything? The church went on in this tension of Judaism-turned-Christian for quite a while.

Then, in 1000 AD, they got a divorce. One church split off into Orthodox Christianity and Catholicism. You can read more about that here, The Great Schism. As the article mentions,

... the fundamental breach has never been healed.

God redeems divorce, but things never goes back together perfectly. So, for approximately 500 more years, there were two branches of one Church. God continued working among a broken people worldwide. As Westerners, we don't know much about the Orthodox tradition, but that doesn't mean we can't learn. Ahem. What we know more about is Catholicism. The faith of most of our ancestors.

Then, in 1517, there was another divorce. You can read more about that here, The Protestant Reformation. As the article states,

The movement quickly gained adherents in the German states, the Netherlands, Scandinavia, Scotland and portions of France.

Many of the churches where we worship are the products of this divorce. Lutheran, Reformed, Presbyterian, Anglican. The theology I applied to my friend's situation speaks truth into this situation as well. God hates divorce, but we live in a fallen world where divorce exists. Even among the bride of Christ. Over the years, there have been thousands of churches who have done amazing works. Hear me, God is still working through the local church, and I believe he always will. Redemption is taking place. Still, I wonder what Jesus would have us to do. I read verses such as these,

Now I urge you, brothers, in the name of our Lord Jesus Christ, that all of you agree in what you say, that there be no divisions among you, and that you be united with the same understanding and the same conviction. (I Corinthians 1:10)

When he talks about agreement, no divisions and being one, I don't think he means my little church that meets in a middle school in a small town in Michigan. I mean, he wants unity there too, but the you is much bigger. I'm not saying I have the answers. People much smarter than me have tried to bridge this gap. But every time a Catholic says the word Protestant likes it's a dirty word, it doesn't help matters. When I dismiss the Amish way of Christianity because it seems archaic and doesn't make any sense of me, I'm choosing to divide us further. If two people refuse to sit at a table and have a conversation because they can't agree on women leading in ministry, that points to a bigger issue. When a person refuses to attend their nephew's baby dedication at the local Baptist church, because they believe in infant baptism, just no.

I think on how the church needs to be an example. I wonder at how much good we could do if we could find a way to heal. I ask myself how we can be one among all our differences. If we could ever come together. It would take a miracle no doubt. I happen to know A Guy who specializes in miracles.