I Am A Reformer 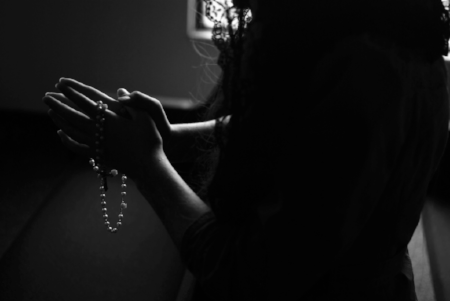 Reformer: a person who makes changes to something in order to improve it.

I suppose it’s time I called it like it is. Rather than wearing the title as a badge of shame, perhaps I can live up to its true definition. Negative connotation left at the altar.

I am a reformer.

A pastor friend of mine called me that the other day. I bristled, because I don’t consider myself to be a rebel of the church. Maybe I’m looking at it wrong. My response,

I don’t know. Some days I think I’m more Catholic.

Truth is, I kind of wish I was all of it. Catholic and Orthodox and Protestant. Christian.

I try to look at the Church as Christ sees her. His bride. The instrument he still uses to do his Kingdom work on this earth, until he decides to come and restore earth and all its creation to its heavenly glory.

If I’m going to look at the church as Christ sees her, I’m convinced I must see all believers. Those of you who raise your hands and jump around in the aisles. Those of you who wear a mantilla and silently worship before the altar. Greek Orthodox, Roman Catholics, Swiss Reformers, German Lutherans, or the Dutch Arminians.

I don’t want to convince you that my way of Christianity is right, although as you study Scripture, we might reach similar conclusions. I don’t want to quarrel with you about the interpretation of a handful of Scriptures. Rather, I want to explore how you worship. I want to read the Bible with you. I want to discover more about our Jesus by looking through your lens.

As a reformer, I want to change the church’s opinions of one another in order to improve it. I want to stop seeing right and wrong, and start seeing brother and sisters. One church. Could it be we’re all partly right and partly wrong? Does God see us by categories? Is he big enough that we’ll all fit in his arms?

Like Martin Luther, who never intended to start a whole Protestant movement, but knew changes were needed in the church.

Like those Catholics I’ve read about who want to come together again with their Orthodox brothers and sisters, as it was in the days of the early church.

Like those Orthodox Christians who are willing to explore the Scriptures to see about the role of the Papacy in the church.

You see, I think my generation is tired of hearing the name of a certain Christian faith tradition, and instantaneously recalling the two to three ways they are wrong in their doctrine. I for one am ready to sit down with a Methodist (he can bring the bread), a Charismatic (she can bring the flags), a Catholic (he can bring the wine) and talk about all the ways we do church the same, and why we do some things different. I see generations younger than me who don’t understand what all the fighting is about. By educating them, maybe we can see a healing in the Church. If not a coming together, at least a mutual acceptance.

It would seem the apostles are forever meant to guide us. Believers can still identify one another if we can agree on the points of the Apostles’ Creed:

I believe in God the Father, Almighty,
Maker of heaven and earth:
And in Jesus Christ, his only begotten Son, our Lord:
Who was conceived by the Holy Ghost,
Born of the Virgin Mary,
Suffered under Pontius Pilate,
Was crucified, dead, and buried;
He descended into hell.
The third day he rose from the dead,
He ascended into heaven,
And sits at the right hand of God the Father Almighty;
From thence he shall come to judge the quick and the dead.
I believe in the Holy Ghost,
The holy catholic church,
The communion of saints,
The forgiveness of sins,
The resurrection of the body,
And the life everlasting. Amen.