Meet Traci Email Me Saturday-7 Things The Mic Shop Privacy
Praying The Hours (What Is That?)
All The Places I've Seen Church Recently

Writers of Faith & Culture You Should Be Reading

The more I write about the church, the more I realize all the different ways God shows up among his people. I don't see our differences as barriers, but rather explore them as opportunities to find more of Jesus. My journey has led me to meaningful experiences with Orthodoxy, Catholicism, Charismatics, Lutherans and so many more. Today, rather than share with you the differences in faith traditions I’ve seen, I want to tell you about the cultural differences I’m discovering as well.

I want to introduce you to some wonderful writers who grew up observing their Christian faith in other ways based on their ethnic and cultural backgrounds, while experiencing faith in a predominantly white American church at the same time. Now, they seek to merge their knowledge about culture with their Christianity. This list of five women is only a taste, but they are opening up a whole new, beautiful church to me.

Sometimes, they write out of frustration, because many of us get comfortable in our faith worlds, and we forget how big God is. I want to remind us, God is great big and a lover of variety. I can be nervous myself when interacting with these women, because I'm afraid of saying the wrong thing. They are passionate, yet gracious. A powerful combination. Maybe you’d like to read along with these online friends of mine, and learn how God has been active in their culture of origin? They have blogs and some of them have books, but can also be found on Facebook, Instagram and Twitter. Happy learning. 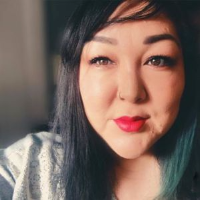 Alia is a regular contributor to a community called The Mudroom Blog. I think that's where I first found her work. In this article for them, "Coming of Age In This American Life," she writes about what she learned about America from her white father and her half Japanese - half Korean mother. Also from the society all around her. 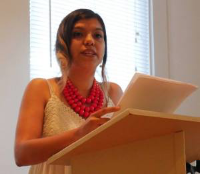 Carolina was super excited to have her first piece published at On Being, and I was excited to read her words about things I love; like church and family and food. "Before the Resurrection, There Is A Simple Meal" recalls the dessert, capirotada, her abuela (grandmother) used to make for Sabbath meals. Recipe included.

"I’ve grown weary of empty fixes of the spirit. This particular Sunday, my husband, children, and I visit my grandparents hoping to recenter the mind and the stomach. It is Lent, but we will not call it that. Instead, we’ll share a meal as if it were any other Sunday, and I’m okay with that."

I have the ultimate respect for Deidra. Through her words she leads us, loves us and teaches us. For Black History Month in February, she started a series on Instagram, "Poetry In Black And Brown," introducing her readers to some incredibly talented poets. Here's the blog post where she wrapped up the series.

"Recently, however, I stumbled across a few poems written by people who seemed to have language, experiences, hurts, hopes, disappointments, and dreams like mine. I could relate. Written by black and brown people, I found this poetry wrapping around my heart in the same way an infant grasps her mother’s finger in the middle of a quiet night." 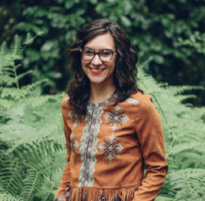 I love the journey Kaitlin is taking. She's an enrolled member of the Potawatomi Citizen Band Nation, and while she's a part of them, she has much to learn about their culture, their history and the personal journey this indigenous group took to find a relationship with God. When she writes, it's obvious she's learning alongside us. In "Deconstructing American Christian Worship," she admits it's tiring to examine the church, and her own faith experience to see if it paints a true picture of Jesus, the poor brown carpenter.

"And this is difficult when you’re on church staff, when you’re trying to figure out how to run a church with various cultures, to honor diversity, to honor the life of Jesus. I get that. But leading others in worship means we lead them out of themselves, and we also lead them out of the mindset that worship must look the way the American church thinks it should look."

In this piece, "When Being Mixed Makes You An Interruption," Tasha recalls two memories from her childhood; a family meal at her grandparents, and her first visit to South Korea, both instances where she realized ways she was different.

"Being mixed race and mixed cultures feels like a million interruptions at the table of homogeneity. As a little girl I learned that it’s impolite to interrupt, but now as a woman I am learning something new: some interruptions are needed. Some interruptions are made by God for such a time as they come. They become necessary placeholders, offering a new seat at an old table."