Communion In The Grace Brethren Tradition Was Different And Beautiful

I’ve been a member of several denominations throughout my lifetime, and there are beautiful traditions in each, but none holds a candle to the Grace Brethren Communion service. This beautiful tradition added such depth of meaning to what had before been a mundane sacrament to me.

My family attended a Grace Brethren church when I was in high school. I remember we'd been there a couple months when I noticed we had yet to take Communion. In my previous experience, Communion was tacked on to a Sunday morning service at least once a month. So, I inquired and was told in this church Communion was only taken twice a year - on Good Friday, and on the Sunday evening following Thanksgiving. I thought that was really weird, but decided not to make any judgments until I observed one of those services.

It was late summer at the time, so I had a few months to wait before the Sunday evening Thanksgiving Communion service. In that time I grew to truly appreciate so many things about that church. It was different than any other we had attended, and I loved it.

Finally, the Sunday of the much anticipated service came, and I prepared to attend. I was quite nervous because I had heard foot-washing was part of this special time, and I wasn’t sure how I felt about that. Did I really want these people touching my feet - did I want to touch their feet? But my curiosity got the best of me, and I attended the service. Boy am I glad I did!

The evening began in the sanctuary, where we all gathered as usual and opened with a song. Things seemed pretty standard so far. Then the pastor got up and began to speak about Communion. Instead of just reading the obligatory “do this in remembrance of Me” passage, he took us on a journey through Scripture, helping us understand the deep significance of this beautiful sacrament. I was captivated!

He closed this time with a stern warning, from 1 Corinthians 11, about the danger of taking Communion for anyone whose heart wasn’t right with God. Then he had us quietly pray and examine our hearts before God in order to get right if needed. This wasn’t a one-minute quiet prayer time. The silence was long and uncomfortable, which I believe was very good! I had never been somewhere that took what the Bible says about Communion so seriously, and it was refreshing! With tears in my eyes, I lowered my head and examined my heart before my Lord. Once the personal prayer time finally ended, we were released to move to the foot-washing ceremony. I started to sweat.

I followed the crowd as everyone filed out of the sanctuary and the women split off to one room, while the men went to another. I followed the ladies into a room where chairs had been set up in long rows. Each chair had a clean white towel lying on it, and at the head of each row was a basin of sudsy water. I found a seat between my mom and the pastor’s wife (who would one day be my mother-in-law, but I didn’t know that at the time). Once all the women were seated, the pastor’s wife stood and briefly explained how this part of the service would work for anyone who was new. Then, another woman began to sing a hymn, and quickly the rest of the women joined her. As their beautiful voices rang out, the woman at the head of each row knelt in front of the sister next to her and gently caressed her feet with the warm water before lovingly drying them with the towel. Once she was done, she stood, the two women embraced and whispered their love for one another. Then the woman who had just had her feet washed knelt before the next woman in line and repeated the process. It was beautiful. I sat watching and wept.

After every woman’s feet had been washed, we left that room to rejoin the men in the church gym where long rows of tables had been set up and beautifully, though simply, decorated. The room was lit only by candles, which lined the center of the tables. People sat with their families, and in front of each seat lay a plate covered by a napkin and a cup of water. Under the napkin was a simple ham and cheese sandwich, a pickle, and a cookie. Down the center of each table, along with the candles, were wooden paddles holding the familiar tiny cups filled with grape juice, and a small rectangular wafer-looking piece of bread perforated in the middle. 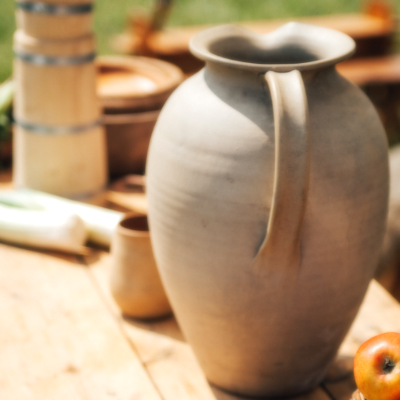 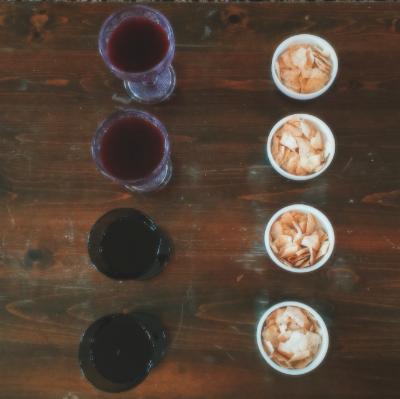 Once everyone was seated, the pastor spoke briefly of the Marriage Feast of the Lamb. He invited us to eat as we looked forward to that day, and he blessed the food. The room erupted in a gentle murmur as everyone uncovered their plate and began to eat and fellowship. After about 15 minutes, the pastor stood again and invited us to share testimonies of God’s faithfulness. For the next half hour, a microphone made its way around the room as one person after another shared. For the third time that night tears streamed down my face. I was in love with this new church, with her beautiful people, and with this incredible service.

When the testimony time ended, we observed the bread and the cup - spending time reflecting on the body that was broken for us, and the blood that was spilled. Even this one familiar part of the service felt altogether new when preceded by an evening of such meaning. My heart had been thoroughly prepared, and I found myself weeping once again as I quietly thanked my Lord for His sacrifice. For my pardon. For His redemptive work in me. I went home that night knowing I would rather observe Communion two times a year in this way than ever have it become the thoughtless monthly or weekly practice I had always known before. 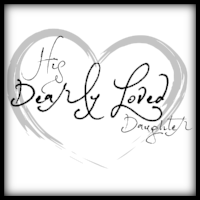 I have loved the church since I was a little girl. I spent the first decade of my life as a missionary kid back and forth between the rainforests of the Amazon and the United States. I saw the church in her raw beauty being planted among those who had never heard the name of Jesus. After that, life got messy. And so did church. But I never lost that love that was planted in my heart from childhood. I think that’s why Traci’s blog jumped out to me from the very first time I read it. She shares my love for the beautiful bride of Jesus Christ.

I blog about something quite different, but in some ways it’s sort of the same. God has blessed my life with a series of trials that have brought me to total brokenness before Him. I write about that process and the redemptive work He is doing in my life, as well in the lives of my husband and children. He is a God who makes beauty out of our ashes, and I love Him with all that I am. You can find my blog at hisdearlyloveddaughter.com.

To read Guest Post #1 in this series: This Year On Good Friday

Guest Post #2: I Do Church Differently Than My Ancestors Did

Guest Post #3: I Do Church Differently and Beautifully Because I Attend Catholic Mass

Guest Post #4: Silence is Meaningful and Other Lessons Quakers Teach Us

Guest Post #5: I Do Church Differently Because We Keep Moving

Guest Post #6: I Experience Church And The Holy Spirit As A Pentecostal 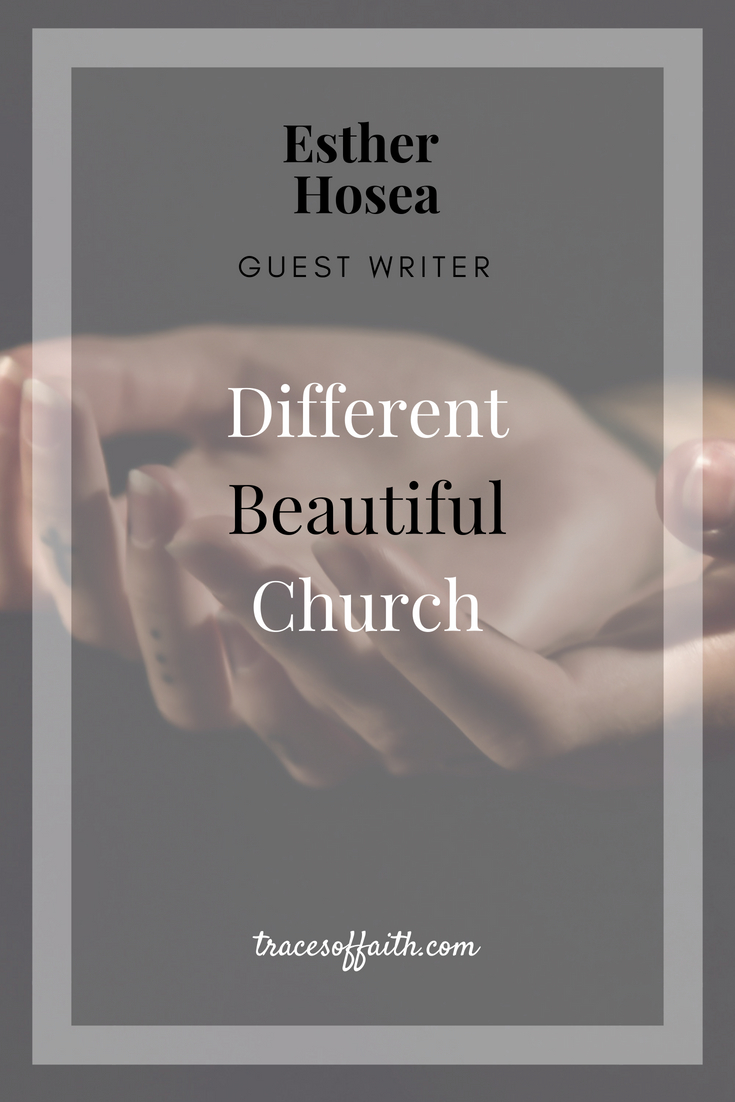