Meet Traci Email Me Saturday-7 Things The Mic Shop Privacy
Guest Post - Sabbath Rest For Those Who Get Things Done
Guest Post: Why We're Afraid To Explore Our Faith

Guest Post: How almost Ruining my Emotional Son led to my Spiritual Renewal

One of the things that I respected most about my parent’s parenting style was that they respected me as a person. Before passing a final judgment, they would listen to me and ask me for my side of the story. They would then help me to understand whatever it was that I was missing and some times that would be all that would need to be done.

I would listen, understand, and then obey.

Although they were my parents, I knew that they valued me and honestly wanted to understand what I was thinking.  My age did not devalue who I was. I was a person just like them and knowing this made me feel confident, respected, and loved. And they always sought to discern my heart.

For example, when my father was surprised to find conditioner in the shampoo bottle (I had mixed the shampoo in with the conditioner so I could use the bottle for a neighborhood water battle), he did not discipline me once I explained,

Well, in commercials it says that it was shampoo and conditioner in one. So, I thought that mixing them would be ok.

Rather, he listened, respected my perspective (albeit a bit misguided) laughed, and then explained to me why what I did was a bit different than that kind of shampoo the commercial was.

Other adults did not afford me the same respect. I distinctly remember a time when someone, attempting to get on my level spoke to me using a syrupy higher pitched tone that many use to talk to children. All they said was something like,

Hey Donnie, how are you?

But something in their tone seemed patronizing to me. It made me feel like less of a person.

So, when my first son was born, I knew that I wanted to do all that I could to acknowledge him as a person as much as a would any adult.

His mother and I spent his early years including him in conversation wherever we went and his communication skills quickly developed. By the time he was two, he was already speaking very clearly in full sentences and by three he was asking questions like,

I couldn’t have been prouder of my little man at that moment. Before this moment, I had never realized that a three-year-old could think about such weighty things.

Any time he got out of step with what we expected from him, I would simply explain to him why he shouldn’t do what he was doing and he would respond with something like,

And he would modify his behavior. In fact, this worked so well, I could speak to him even in frustration and he would take it all in stride.

During that era, people thought that we were amazing parents! It was like we were parenting a little adult – we even dressed him like a grown-up. He was so cute and pleasant to be around that strangers would see him in the store eyeing the candy wearing his little tweed jacket with elbow patches and would offer to buy the candy for him!

Having risen to this level of parenting expertise, whenever I saw parents having issues with their children, I secretly thought,

Why don’t you get on their level, look them in the eye, assert your authority, discipline them, treat them with respect, and explain why their behavior is unacceptable? If I just could have that child for a week, things would change.”

Then came my second son.

Having a brother 3 years older than him, he did not need to communicate as clearly and while we attempted to include him in all of our conversations and develop his language skills, he was more interested in being silly with his brother. And the fact that his older brother had now learned how to use his communication skills as a way to manipulate situations that may have caused this second son to be thin skinned emotionally and to very easily feel slighted.

For example, I remember one particular occasion where my youngest son traded his brother something in exchange for a “surprise.” What was the surprise?  STINKY BREATH! (He didn’t say it was a good surprise). Over time, exchanges like this (and to be sure other factors) made my youngest feel as though he was always about to become the victim of someone’s con – or at least get the short end of the stick in whatever deal was being made.

Therefore, when I attempted to discipline this son the way that I did the first…. well, I almost ruined him. It didn’t take too many interactions with him to see that what worked with the first son would not work with the second. If he as much as thought that you were displeased with him, that you were not being fair with him, or that you were going to punish him, he would begin to cry. And often it would take 5-10 minutes to get him to stop crying and even then he would not be able to reason with why he was crying.

Over time, I came to realize that I only could come to him in gentleness and affirmation if he was to ever hear what I was to say. His attention span was only a few words long and he did not have the emotional resilience yet for me to say what I was thinking as I was thinking it.

Something needed to change. And it was me.

I was causing bitterness to grow in this second son. And I could see that if things didn’t change, we would be estranged far before he was grown.

Fortunately, during this time I was learning how to pray in more transformative ways. I was learning to listen in prayer and God was reminding me of my own childhood. In my youth, I was the child always crying at school. I was the kid who did not understand why the world was so unjust and I made an unbiblical vow saying that “I will make life as fair as it can be.” And the more that I fought to push back against unfairness and unjustness, the more hardened I became.

Now with my little boy crying in front of me multiple times on a daily basis, I could sense the same feelings of injustice growing in him. I turned to God to not only to help me change my approach, but to change my heart so that it could be soft enough to dispel his anger and stubbornness.

What God showed me changed everything.

He showed me that I actually despised weakness because I saw the weak as those who were choosing to stay oppressed rather than rising up and fighting against injustice and as such, I viewed them as a part of the world’s injustice. God showed me that my “strength” was a “pseudo-strength” that came out of weakness and that I, therefore, had no reason to judge others. It was this false strength and this unbiblical vow that was blocking the gentleness, patience, kindness and endurance that this son was going to need if I was ever to reach him.

It has been said that no one grows up in the same family. Although brothers and sisters might grow up in the same house, the dynamic is different depending on birth order and the varying perspectives of each person. As the years pass, I can see that my sons are better able to understand their thoughts and emotions and we are continuing to cultivate an atmosphere of soul care and mindfulness so that we can all understand what our emotions are trying to tell us. And in hindsight I can see that this second child and his tumultuous emotions were in many ways what led to my spiritual renewal. Without him, I would likely still be judging others’ parenting and still fighting every injustice within my own strength and I would have lost him as my son.

In hindsight, I see my struggle as that of many fathers who want to be a strong voice of wisdom in their child’s life, but in the end only reach those children who are emotionally resilient and logical to accept it.

Now as I look at my son, I see a bit more of myself in him. I see my own struggle to make the world a better place and the same feelings of being the lone voice of justice (even if it is my version of it). I know now that when he comes to me, seemingly seeking his own form of justice, that what he needs first is for me to be compassionate and for me to hear his heart.

Fathers, let me encourage you to allow your momentary missteps as a father to spur you to allow the Lord to hone this area of your life. You could pray this prayer or something like it. As you do, ask God to bring your mind to rest and your heart to peace and listen to the impressions that come to you in the silence. They might just be the voice of God:

Lord God, would you help me now to be the Father that you have called me to be. Lord, I surrender myself to your leadership and I ask would you show me, what is getting in the way of me loving and leading my children? [Pause and wait for impressions. As they come ask the Lord what they mean]. Lord, would you help me to see, what are the things that I believe about leading my children that are not quite right. [Pause and wait in peace as impressions come]. And Lord, would you show me the way forward? What is it that you want me to surrender and receive that I may walk as a good Father like I have never known in my own life.

As you pray write down those things that come to mind and I am confident that the Lord will lead you, too, to a deeper spiritual renewal that will serve to love your children in the ways that they are most capable of receiving. 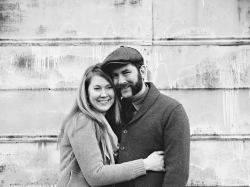 IntentionalTraditions.com is Christian community collaborating to revive and develop meaningful and memorable Christian traditions that are not only fun, but also kingdom building and life giving. A major focus of this community is instilling family traditions (these range from major holidays such as Christmas and Easter to day-to-day practices such as prayer, fasting, solitude, giving, and the study of scripture).

The goal of IntentionalTraditions.com is to help equip families with the knowledge and resources to lead their own families into the abundant life of Christ.