My Sunday With the Russian Orthodox (Part 2 of 2)

Divine Liturgy is no joke.

These words from a Methodist pastor I visited with recently. He's right, I've experienced it myself. If you didn't get a chance to read the first part of this article, start here. It gives you a background on my first visit with the Russian Orthodox. For an insider's look at these no joke services, I'd also encourage you to read this guest post by my friend Phoebe, who practices Christianity in the Coptic Orthodox tradition: "This Year on Good Friday."

I thought the best way to tell you about my Divine Liturgy experience is through the various senses. This is perhaps the most astonishing part for an Evangelical, because it's different than how we worship. 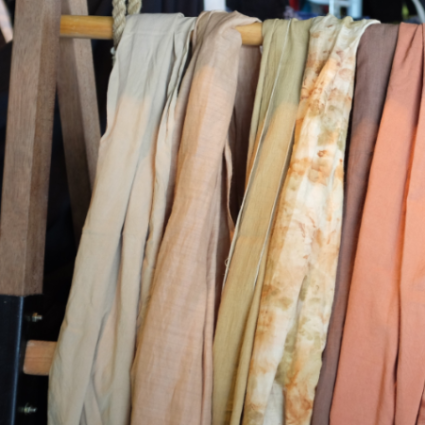 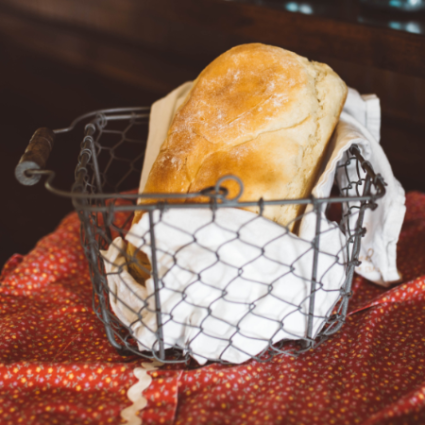 We entered the tiny narthex of this church, and it had two windows looking into the nave, which was a big open room with no chairs or pews. There was an icon on a stand front and center, with other icons placed throughout the front of the room. Wooden pews outlined the perimeter of the room. At the front, there was a set of wooden doors that would open up to the altar. I had only been in one other Orthodox church, an Antiochian one in Grand Rapids, and this church was much more simple. I remembered their website made mention of a building campaign.

Off to the side of the narthex was a box of candles, which individuals grabbed by the handful upon entering the nave. There was a candle stand by the center icon, where individuals would go, bow and lean forward to kiss the icon, and place the candles one at a time in the stand. This happened all throughout the service.

A nice lady approached us. She had maybe four children. A few attached themselves to her legs, while others roamed away as far as she would let them.

Good morning! Are you visiting with us today?

She introduced herself and gave us a very brief rundown of what to expect. Her husband was a deacon, and she apparently had taken it upon herself to be a greeter. I saw her speaking with another lady a few minutes later, who had a thick Russian accent. She wanted to make sure she understood how they did the candles.

We entered the nave and took our standing spot on the floor. There were two or three women who didn't wear scarves, and some young girls as well. I had trouble identifying the priest because two men looked priestlike and spoke throughout the morning. Maybe a bishop was in attendance as well? The priest who told us correctly; the first half hour of the service had him reciting from the Prayer Book (I think) and people going from icon to icon upon entering the nave. At each one, they bowed and leaned forward to kiss the icon. Families worshiped together the whole morning, which was a little chaotic, but for the most part, even the young children seemed to know what was expected of them.

I'm skipping ahead, because this happened near the very end, but I cannot wait to tell you what I saw during Communion. Like a Catholic church, Protestants cannot participate because we don't believe in transubstantiation (change of essence by which the bread and wine offered in the sacrifice of the Eucharist become, in reality, the body and blood of Jesus). For Communion, we chanted while the Priest and Deacons went into the Altar area to prepare the bread and wine. During this time, the children quickly began forming a single-file line. Moms with young children, even infants, lined up as well. The deacon's wife told me children would received Communion first. In the Orthodox church, even an infant takes Communion upon being baptized.

A loaf of bread had been baked for the service that morning. A portion of it was cut out and consecrated. The remaining loaf was broken up into pieces and put on a plate off to the side of the Communion line. The consecrated bread was placed in the cup of wine. Each person who received Communion from the Priest was served a morsel of the bread, soaked in the wine, via a spoon. The deacons held a linen cloth under the cup to ensure none of the elements were spilled. I loved watching the children take Communion, especially those tiny babies in their mother's arms. A few men helped Miriam (keep reading and I'll let you know how I came to know her name) take the steps to the Altar area so she could take Communion as well. Chanting continued the entire time. I'm pretty sure the angels in heaven joined in as they observed this holy time.

It was pretty quiet when we first arrived. Closer to 10 o'clock, a short lady, maybe of Oriental descent, took her place on a stepstool, facing the ensemble of four or five men and women who would lead us in worship that morning. In the Antiochian church, it sounds like Gregorian chanting, but this group offered a more melodic sound. The harmonies were amazing. The deacon's wife, wish I could remember her name, came up to me early on and handed me a Prayer Book. She said we wouldn't follow it line by line, but it would help. She also referenced the bulletin we'd been given, which included additional Troparia and Kontakia (no idea what these are but we chanted them) that were specific to that day's worship.

Another lady came up to the three of us. I want to say her name was Miriam. We'll go with it. Think Anna who met Baby Jesus in the Temple. Her back was slightly hunched, and she wore a long flowing skirt, along with the headscarf. Her first words to me were:

Don't try to understand everything. Just take it all in. Worship Jesus freely, in a way you never have before. That's what Orthodoxy offers us.

She would be one of many people who would approach the icons throughout the entire service, when led by the Spirit to do so it seemed. She'd spend a moment or two in prayer, then return to her spot. These two ladies kept an eye on us throughout the whole service, explaining what they could. It was helpful.

When it comes to church scents, the Orthodox churches get my vote. This one had candles going the entire time, and later incense waved around by a censer when the Priest entered the nave to deliver his message. He paraded in, led by the deacons and the man who might have been a bishop.

As I mentioned, we stood for the majority of the church service. After a while, a few did head to the pews against the wall. Miriam came up to me after I told my daughter she could sit for a bit if she wanted to. She let me know people will still stand out of respect when the Holy Doors are opened, revealing the Altar. I gave my daughter that same instruction.

The Prayer book came in handy, although Mom and I often got lost. If I figured out where we were, I'd whisper the page number to her. I knew my friends in the Orthodox Hipster FB community had been right about the length of the Russian Divine Liturgy, as we had about 20 pages in the Prayer Book to cover that morning.

About halfway through, the Priest delivered a sermon. It was short, maybe ten minutes. During this time, most of us sat down on the wooden floor. There were a handful of people who did not move from their spots the entire morning, and remained standing. We attended Divine Liturgy on Father's Day, and the sermon addressed families, fathers in particular.

I loved this part! Remember how I told you a portion of the Communion bread remained unconsecrated? This is called antidoron (ordinary leavened bread which is blessed but not consecrated and distributed in Eastern Orthodox Churches that use the Byzantine Rite). After people would receive Communion, they'd stop at the side table and eat a piece of this bread, which spoke of fellowship, breaking bread together, to me. I had read that if someone wanted to, they could take a piece of this bread and offer it in fellowship to nonOrthodox people in attendance.

No one offered me that bread, but at the end of the service (two hours and fifteen minutes after the beginning), the Priest, the deacons and the maybe-bishop formed a line. The Priest held the plate of antidoron and one of the deacons held the blessing cross. One by one, people went to this line, reached down to kiss the cross, and ate a piece of bread. I wasn't positive, but I was pretty sure this part included me! I looked to my mom, who mouthed, "nope," then to my daughter, who rolled her eyes because she was D-O-N-E, and decided to get in that line by myself. I cannot kiss the cross you guys. I love Jesus. Oh goodness, yes. But they'd shared one spoon for Communion, and now they kissed one cross repeatedly without ever wiping it down. So I did as I've done once at a Good Friday service with the Catholics. I reached down with a few fingers, and reverently touched the cross. Lord, know my heart. I took my bread from the Priest, and returned to my spot on the floor.

Afterward, Miriam invited us to stay for lunch, but I was pretty sure if I didn't get my daughter out of that scarf and into her swimsuit, and quickly, she might start voicing her opinions out loud. She didn't mind the parts of the service, although most of it seemed weird to her, but the length, and all that standing, were not her favorite. On the way home she said,

It's fine they do church that way, but I like my own church.

Which is all fine and good. May it always be so. But through these experiences, my daughter will know her way of doing church is not the absolute right way or the only way. I think those are important lessons for all of us.