Meet Traci Email Me Saturday-7 Things The Mic Shop Privacy
A Jewish Reflection On An Ancient Prayer
Hustling for Jesus: The Importance of Building a Platform 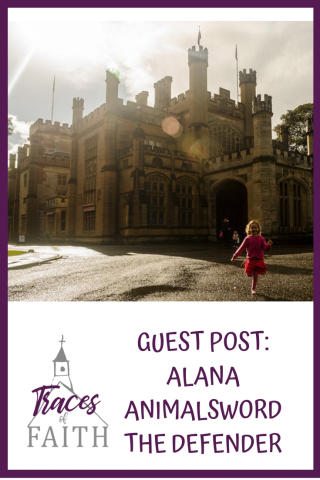 Once upon a time there was a young girl. She was smart, kind, and beautiful. The most important thing about her was that she loved animals. Her name was Alana Animalsword. Her last name was the thing that most described her. Alana lived in a castle that was larger than life and, as you can guess, she was a princess. But Alana didn't know she loved animals because she had never met one. Alana’s mother was allergic to all animals except for camels, which were not found by her castle.

Anyhow, Alana had never seen an animal and wouldn’t have seen one unless her older brother, Wilson, had convinced her to go on a dangerous quest to find one. Well nonetheless, Alana was about to leave for her quest when her mother walked in.

"Alana, dear, what on earth are you packing for?" her mother asked.

"My quest to find an animal, of course," responded Alana.

Shocked, Alana peeped out a quick good-bye and then she was off. Alana started down the forest trail at full speed when she was stoped by a troll.

Alana, not wanting to anger the troll, answered

“I am doing wonderful and thank you for asking.”

“You’re welcome,” answered the troll as he left.

Alana watched until the troll was out of site and then continued on her way. As Alana walked, night crept closer until it was too dark to go on.

“Well then, I shall rest until morning,” thought Alana.

She closed her eyes and slept, but in the night she was robbed of half her coins. When she woke she saw, to her horror, that she was left with 5 out of 10 of her coins.

“It must have been Robin Hood, I heard he lives in these woods,” she thought.

Alana soon decided to resume her quest and so she did. Alana was determined to make it to the animals before nightfall so she sprinted down the trail, only to be stopped by the castle’s old wizard.

“I must hide,” thought Alana, and she quickly ducked behind a bush.

The wizard didn't notice Alana and he went on his way.

“That was a close one,”  thought Alana as she quickened her pace down the trail.

Finally! The end of the forest was in sight! Alana ran out of the forest and then smiled at the sun. She could almost see the animals when all of a sudden a mob of angry people trampled over her. One of the people picked Alana up and dragged her along. The mob was going to attack the animals! Alana had to do something and she had to do it quick.

“Stop at once! It is the order of the Crystal Castle!”

“Why are you coming to demolish these innocent animals?” Alana questioned.

“They are stealing our food,” an individual yelled.

“Is it possible that you are stealing their food too?” Alana yelled.

“Well…” the mob said, and then they turned around and left.

“Thank you,” said one of the animals.

“You will now be Known as Alana Animalsword the Defender,” said an animal.

"Thank you,” said Alana as she smiled.

She had never felt so happy in her life.