Meet Traci Email Me Saturday-7 Things The Mic Shop Privacy
Faith of a Mustard Seed
Testimony: How a Stranger's Faith Influenced Mine 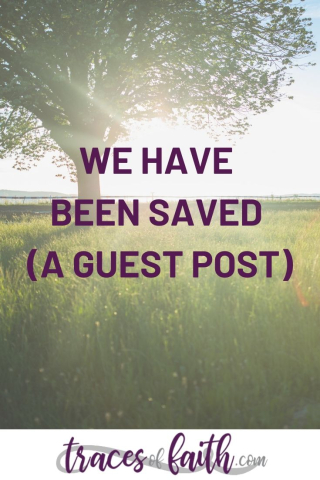 In a recent Twitter thread, Patricia started sharing some of her family's early conversion stories. It was a radical change in their household, and I invited her to share a few stories with us here.

My Momma found Jesus around 1965. Her mentor was this elderly woman named Ms Rose. You see Ms. Rose was from The Pilgrim Holiness Church and would visit Momma EVERY week.

Ms. Rose did not believe in toothpaste, mouthwash, deodorant, soap or perfume. She hand sewed her dresses, the three under slips she wore at one time under them and her cotton stockings. She believed money should NOT be spent on such worldly items to attract men. Oh the three slips; they were so a man could NOT see through thick cotton dress if the sun was shining in her direction. Her money would go to missions and building Gods army.

Well, believe me when I say attracting men was the least of Ms. Rose’s problems. Her scent was that of a “pole cat” sitting around an army camp since the civil war. Ms. Rose didn’t want children around when she was trying to convert Momma.  There were five of us ages 14, 12, 8, 5 & 2. She would say, “little pitchers have big ears." We knew it was time to scram. This really was NOT an issue for us kids. We would do anything to escape as our living room as it filled with the “HIGHLY Spiritual Aroma” of Ms. Rose.

So, the day came in 1965 when Ms. Rose and Momma prayed through. Momma turned from her wicked ways and found Jesus. My oh my what happened in our home was better than any sitcom.

Our first introduction to this Jesus was interesting to say the least and YES ! Ms. Rose was there to bear witness. My oldest sister came home from school, walked in the door (get ready for it) Momma slapped her across the face and said,

Get that worldly make- up off your face, take off them men’s pants, get you a skirt on and comb out them rats in your BIG hair. You look like a Jezebel! There will be NO MORE make - up, Dip-pity Do, ear bobs or beads. WE HAVE BEEN SAVED!

As Ms. Rose was in the background screaming:

HALLELUJAH!! PRAISE JESUS!! YES !! Momma get Satan out of this house!!  YES!!! JESUS won WE HAVE BEEN SAVED!!!

Well, with Momma’s new-found faith Ms. Rose decided it would be a GREAT idea for Momma to get us ALL in the fold. You know lest any of her children perish in "the lake of fire" via "the going to hell in a hand basket." Under the "mentorship" of Ms. Rose, Momma started "Family Altar Time."

This would be a time every evening where Momma would gather all five of us kids on our knees around the bed.  We would sing hymns, Momma would read scripture and we would be required to memorize and recite scripture. Momma said it was necessary for us to memorize the Bible because someday when the Russians would come and take over the United States they would put us in prison and take our Bibles. So we needed to have "the word in our hearts" to get us through this time in prison.

I remember thinking if that happens I think we may have bigger problems to solve and I was unsure how reciting John 3:16 was gonna help. Unless we were able to convert all the Russians who were headed to hell in the hand basket for taking our Bibles and putting us in prison.  Shoot, who knows I was just a kid, I was up for converting Russians. If Momma said they needed converted I was ALL IN.

Now unfortunately, to the disappointment of my middle sister, Mommas' time slot for this evening event would interfere with her favorite TV programs, “Star Trek" and "Dark Shadows.” She complained , threw fits and threatened to run away from home. Momma would reply,

You can’t run from God, He sees you!!!  AND the TV is just a “One Eyed Time Stealing Monster” and those  programs are gonna send you to "Hell in a hand basket."

At one point I remember my sister saying,

Well Momma with everyone going to hell just how big is this hand basket we are getting on? AND Noah is DEAD so who is gonna build it?”

About that time, Momma would get the hairbrush and wear it out on my sister for her "fresh mouth." Hence, would spark the creativity of my 2nd oldest sister to write a song, "It’s Family Altar Time, it’s Family Altar Time;  You better get around the bed before you get hit in the head.”