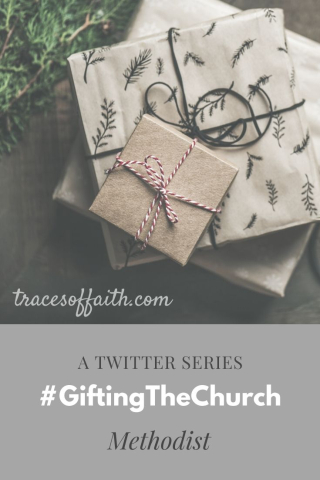 In my first book, Not All Who Wander (Spiritually) Are Lost, I write about finding Jesus in various church traditions. All 47,000 denominations; not to mention the twenty-four types of Catholicism or the distinctive churches found in the Eastern and Oriental Orthodox Church, who aren't organized by denomination.

Now, I grew up in a small town in northern Missouri. My family had our membership at a rural Southern Baptist Church. In the surrounding area, there were a number of other Baptist churches to choose from. A few of the Methodist variety, a small Episcopalian one, with the Presbyterians across the street. A Church of Christ, non-denominational, and the Protestant list goes on. The Catholics met in a landmark building. The closest Orthodox Church was more than an hour away in a bigger city. The Amish and Mennonites lived in nearby Jamesport.

I can blame many of my life-changing faith encounters on books I've read. The more broadly read I grew in theology, the more open my mind became to new ways of encountering Jesus. Enter social media and this amazing opportunity to interact with a tremendous number of new people worldwide. People that couldn't come close to identifying my small town on a map. Maybe they could find Missouri (look for the boot heel).

My long-held assumptions began to crumble as I listened to sound reasoning for spiritual practices like praying the hours, preaching through the lectionary, reading the early church fathers, etc. I became jealous. Plain and simple. Christ-followers were finding more of Jesus in ways I had never even tried.

A theory developed and I've tested it again and again:

Every church tradition has faithful Christ-followers in it.

I wanted to learn from them and I hoped I had a few things to offer myself. Facebook was good to me but twitter became my online theological home. For more than a year now, we have discussed church; theology, scripture, tradition.

Quote: I look on all the world as my parish.

I felt my heart strangely warmed.