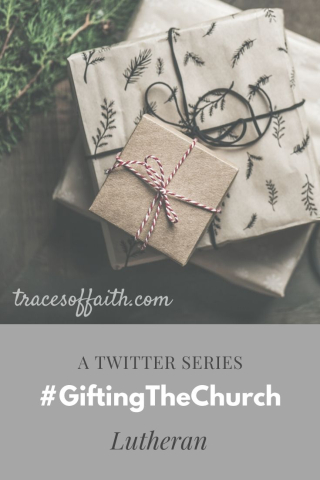 Welcome back! On June 5th, I began a series in which I asked "What has [fill in the blank] tradition gifted the larger Church?" The one rule was the answers had to be edifying, which twitter people are (mostly). You can find the results of this twitter series on my blog or using the hashtag, #GiftingTheChurch (thanks for the idea Pastor Daniel).

Whether it's for good reasons or not, some church traditions we discuss are met favorably, while I recommend buckling up for others. The Methodists, Lutherans, Anglicans, seemed to be met rather favorably in this twitter series. I find it all endlessly fascinating. In this list, it can be hard to tell which gifts come from the church tradition Luther founded, versus which ones come from Luther himself.

It is as impossible to separate faith and works as it is heat and light from a flame.