For the Learning Christian - Do Christians Have to Be Baptized to Go to Heaven? 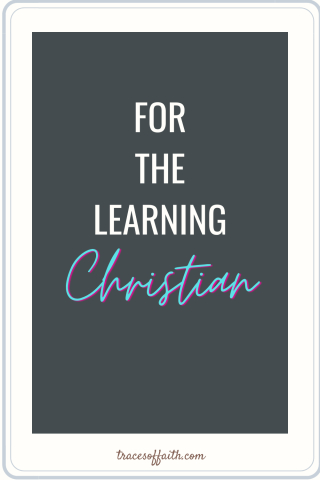 That Jesus wants us to be gatekeepers.

I've written about baptism before here. It's in my first book, and my second. Baptism has caught my attention, and I fully understand why it's one of the sacraments all of Christendom agrees on, but wowza, we don't agree on how to do it, what it means, or when to do it. Buckle up, we're going to discuss baptism again today.

I was baptized at seven, at the point of belief. Growing up in church, talking with my mom, I'd probably believed in God and Jesus at some level my whole life, but I heard the ballad-like words to the old hymn, "Just As I Am," one Sunday morning, and I could not resist the call. Maybe it's partly the music. I know I walked the aisle at other times in my young life too. As an adult, pre-covid, I would sometimes walk the aisle to pray in my spot at the altar in church. I've only prayed the sinner's prayer and been immersed in the baptism waters one time, but I've recommitted my life a number of times since then. That's what slow hymns and fervent preaching brings out in me. A need for repentance. Asking forgiveness and turning from my sin, toward Jesus yet again. And again.

That's how I understood baptism, and the invitations after that, for a lot of years. When we had our daughter, we'd begun attending a reformed church. They baptized babies, and I thought I knew about that flavor of weirdness (because I'd heard about this kind of thing from the Catholics), until my pastor preached a sermon on it once. He used words I hadn't considered, like covenant promises and water's role in making convenient agreements with God. It was covenant, and my growing understanding of it honestly, that changed my mind on when to baptize our little girl. It was further research on covenant that changed my mind about having her baptized twice. It was a lengthy personal process I share about extensively in my first book, if you're interested.

Now, I can see both sides. I'm perfectly okay with both believer's and infant baptisms, credo-(believer's) and paedo- (household) if you want to use fancier terms. Regardless of when baptism occurs, all Christians agree there needs to be a point in a person's life where they make their Christian walk a personal one. A moment, or moments, where they know God called to them, and they responded from their heart. Sometimes baptism happens before these moments, and a child walks into the grace God offers, and sometimes it happens after, when a person publicly acknowledges they are ready to walk with Jesus. Other traditions, such as Quakers and Charismatics, have different understandings of the term baptism.

I've found usually what that means is that the Bible is not completely clear on a topic. Yes, people can point to one verse or two and make a particular point, while others can point to others and make counter-points. When it comes to the important topic of baptism as a sacrament, a visible sign of God's grace, here's what I've come to believe. God loves the baptism waters. No, it doesn't save us. Christians don't have to be baptized to go to heaven. We should want to be baptized, whatever that looks like in your own tradition. Because baptism does mark us as his. In a mysterious way, it puts us in the family of God. That makes you and I brothers and sisters, even as we try to put words and clarity to things like sacraments, which will always have more than a touch of mystery to them. As God intended.