For the Learning Christian - Protestants & Catholics (& Orthodox) - Oh My 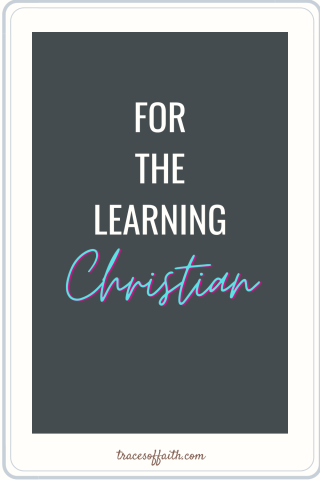 I shared a joke on Facebook the other day. I know it was a joke because I was overly familiar with the content, and recognized the author's ability to make fun of himself. In several boards, readers were told how various church traditions read John 3:16. As an example, for the Anglican and Episcopalian traditions, the readers were instructed to refer to the Book of Common Prayer, the beloved prayer book from the sixteenth century.

Some of my friends, who all happen to be Catholic, did not like their board. It referenced worshiping Mary, which anyone who actually takes the time to understand the role Mary plays in Catholicism, or Anglicanism or Orthodoxy, will recognize is not worship, but the highest veneration of the woman who said yes to what our Lord asked of her. I've un-learned, then learned, a lot about how to approach Mary (more in my next book), and my faith is better for it. We can learn a lot from our Catholic friends in this area.

Here's the key to the above paragraph, "anyone who actually takes the time to understand." We've seemingly lost our ability to do this. So anyway, my friends were upset with me, and had some strong words about the disrespect I showed in mocking Catholicism and religion. They had nothing to say about any of the other boards, and I'd go so far as to wonder if they even read them. Did they just scroll through until they found "theirs?" If they did read them, did they understand the humor behind them?

And maybe they were right. We're still developing guidelines for proper social media etiquette. Humor can be rather difficult to communicate online, and perhaps my sharing these boards did more harm than good. They do make a point, though, in how they responded, and it speaks to the original tweet. Protestants and Catholics are still getting to know one another. I'd throw in the Orthodox tradition as well, since I didn't know they existed at all before watching My Big Fat Greek Wedding.

In case you think I'm going to lay all the blame at the feet of my camp, the Protestants, not true. When I explained to one of my friends that the joke was much funnier if one understood the differences among our traditions. His response:

The others could be funny, if I knew anything about those religions.

He didn't mean anything by it. I know this guy to be highly intelligent. But Catholic brothers and sisters, I am not over here practicing another religion. The millions of us Christians who aren't Catholic are still Christian. Most of us know that. I'm pretty sure he knows that, but we're careless with our words. We don't get to know one another. We don't realize, as the original tweet mentions, we're more separated by what we assume than what is.

If you've been around here long enough, you know I'm not living out my faith this way anymore. I've built an entire writing career around learning about your church tradition. I'm learning about saints, both ancient and modern-day. I'm learning how we got our Bible, and why some of them have more books in them than others. I'm learning new-to-me spiritual practices and new-to-me ways to worship. I'm hopefully better at not offending because I've taken the time to understand other Christians.

In my work, I often get emails and private messages that start out, "I'm sharing this privately because I don't want to stir things up...." They know I'll listen respectfully, and aren't sure some of you will. Just let that settle. Well, I did get a private message later in the day, regarding this post. I share it here verbatim, as more food for thought. We live in a world where we can get to know one another in ways we've never been able to before. It's worthwhile, and I'm convinced it will grow our faith, whether you're Catholic or non-denominational.

I think the responses of the Catholics on your post are more damning to Catholism than the meme could ever be.

Join me, won't you? Let's get to know one another.